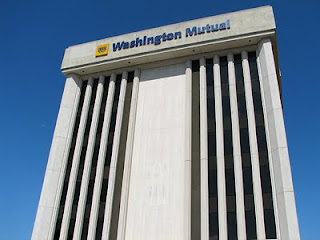 Nicole Gelinas wrote an interesting op-ed piece in the Oct. 24 Los Angeles Times (that may well have popped up in other venues as well) about how "too big to fail" is an idea that ultimately fails—we need to let bad banks die, let foreclosures foreclose, and ultimately quit weighing down any economic recovery with the albatross of bad business and well-meaning "hey, you can keep your house."

I do find a bit of the intellectual lie in it, however, as Gelinas seems to call for the "rule of law and free markets" (even calling that "the nation's priceless assets"), yet of course wants big, bad gub'ment to swing the hammer. The writer seems to call for lassiez faire and swaddling regulation at the same time.

I think pieces like this show that we are in a post-liberal, post-conservative, post-ideological society, even though we refuse to recognize or admit it. Most political "discussion" has been hijacked by the "let's put two opposing views on split-screen and have them yell at each other" school of TV. We are led to believe that we must be a Tea Partier or a Sanity Restorer, and there is no middle ground. Further, we are led to believe that two (seemingly) opposing views cannot peacefully coexist. This author seems to call for exactly two ideological opposites working hand in hand, tho' interestingly, I would surmise one after the other: Big bad gub'ment swings the hammer first, so that the priceless rule of law and free markets can flourish.

Not sure if I agree with any of this article or not. But it is thought-provoking, food for thought that requires some digestion. But the larger issue just might not be banks, foreclosures, free markets or any of that—it might be how we approach these issues and solve problems in what might be our post-ideological society.

Next: Still not sure. Will think of something. I have paying work, ya know!
Posted by McLauchlin at 10:18 AM No comments:

When I am King of the World 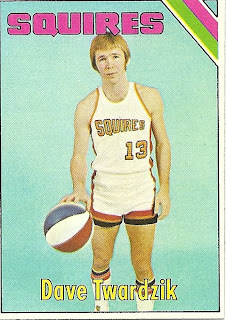 When I am King of the World…

Any names that make you sound like you’re named after a pharmaceutical company or a video game will be stricken. Therefore, Plaxico Burress and Atari Bigbee will need to be re-named. All replacement names will be of former ABA players, and if that means we wind up with multiple Ticky Burdens or Dave Twardziks, so be it.

Singers won’t be allowed to act; nor actors to sing. Pick one, and stick to it.

There will be a STRICT four-penny limit on the "take a penny, leave a penny" tray. I mean, after four, you're dealing with nickels, not pennies.

U.S. citizenship will be open to anyone who is willing to wait in line for two days at a DMV and sing “The Oscar Meyer Weiner Song.” But you only get one shot at the song, and you have to get all the lyrics right.

The national anthem will change every four years, coinciding with midterm Congressional elections. We’ll start off with the theme from Shaft as performed by Sammy Davis Jr., and put it to an electoral process after that.

If anyone EVER identifies themselves as being affiliated with ANY “reality TV show” (i.e. “I’m Bob from Survivor.”), you are legally allowed to punch them square in the nuts. 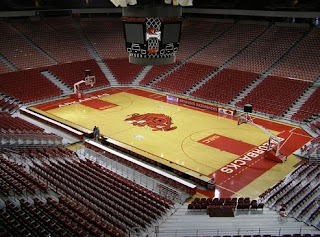 Remember how the Arkansas Razorback used to be cool when it was the GIANT logo on the floor of their basketball court? Well, now everyone’s got a giant logo. Screw that. They all gotta go back to normal-sized logos—except Arkansas. They keep the giant Razorback.

All golf courses (save one) will be immediately replaced with giant bakeries. Every day, everyone will get fresh donuts delivered to their doorstep, just like the newspaper. As corollaries…
• All people freaking out over losing all those golf-oriented jobs need not worry. Those jobs will be converted to bakery and delivery jobs.
• The ONE golf course left will have a once-yearly tournament with nothing but guys in college mascot costumes, just like those cool Capital One College Mascot Tournament commercials.
• The Syracuse Orange will NOT be allowed to participate.
• Tiger Woods, I guess, will have to go get a real job. 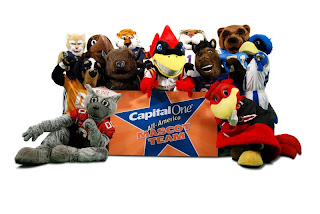 Economic stimulus package #1: We take that giant bull on Wall Street and make it coin-operated! 25 cents, you get to ride it for a minute.

Units of measurement that really aren’t official but that I think sound cool are now official. Therefore “nigh on to a mile” is now officially a mile, no matter how close/far that “nigh on” is. And we’ll measure short distances in ax handles. Example: “Man, that chick has a big butt! Her ass is two ax handles wide!”

Next: Not sure. I'll think of sumpthin'.
Posted by McLauchlin at 7:47 AM 2 comments:

Fake care is so easy, cool, and replaces the real thing (with none of the benefit) 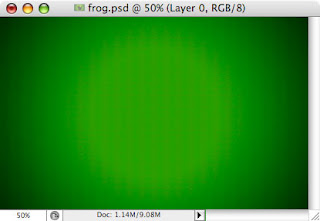 It’s not impossible to find wisdom on Twitter. But it’s probably easier to find the opposite of wisdom…which can still provide insight. Thereby making it wisdom, in a way. Funny, that.

It is with this in mind that I hearken back to The Tweet I’ll Never Forget. It was on about June 2009, when a slightly artsy-fartsy guy I know chose to share the following with the world on a Sunday morning:

“It’s a beautiful morning in San Francisco. But my thoughts go out to the brave people of Iran.”

So…what was behind all this? Well, at the time, Iran was in the midst of a rather contentions electoral process. Mahmoud Ahmadinejad and his ruling Abadgaran party were facing a stiff challenge from an upstart party. Amid accusations of election fraud, there were riots in the streets of Tehran. As the Iranian army repelled said riots, a woman was famously shot and bled to death in the street, becoming a YouTube sensation.

And just like we kinda-sorta have blue for Democrats and red for Republicans in the USA, the color of the Iranian opposition party was green. It became cool to Twitter-ify yourself green; a little show of support for the brave upstarts half a world away.

And the feeling I got off it was so damn faux, it made me wanna puke.

It smelled like a fashion thing, something the cool, avant-garde kids do to look like they care, and/or have read a newspaper (see also: Toyota Prius). Now I can’t prove that. Maybe it came from a genuine feeling. But if so, so what? What can a green avatar do?

Some would argue that it does do something. I’d like to hear that argument. Please, convince me. My mind is open, and I’d love to be turned around on this one. I’d really like to see some empirical evidence backing it up, too.

But I fear that my gut instinct is true. I fear it means nothing. And here’s the danger of the green avatar, or any of its other pseudo- cousins:

I believe we live now in a time and place where we’ve created too many goddamn easy outs where people can do things of NO tangible benefit to anyone…and that’s largely replaced REAL action. We fulfill our very legitimate human need to help others with empty motions. It’s methadone for the soul. You feel like you’ve done something for someone in need, but find that someone in need and ask them: What have you done? Did your green avatar bring about Iranian democracy? Did the fact that you “like” the United Way on Facebook put a warm spot in someone’s belly on skid row? Ask that Iranian. Ask that homeless man. I’d wager their answer is “no.”

Now these things—your green avatars and Facebook likes--may be well-intentioned. I certainly believe that’s the case. They likely do no harm. But they also likely do no real good. Not to turn this into a simple screed against that system of vacuum tubes Al Gore invented for us called the “Interwebs,” but back in ye olden days, if somebody had a let’s-call-it-charitable-inkling to fill, they filled it by doing something. They volunteered, or they cracked open the checkbook and scratched one out. And in doing that, something was, indeed, accomplished. It might have been small. It might have seemed infinitesimal. But that volunteer work—please take note of the dirty word “work”— or that check going into the coffers…it was real.

Now we have no idea, no cultural context, no track record, for the effect of a green Tweet or a Facebook “like.” Maybe future historians will see the effect of these things, and point to it as the blooming of a thousand flowers and the dawn of a golden age. Maybe.


But in the here-and-now, take a look, Tweeters: The green avatars are gone. Ahmadinejad is still in power—legitimately or not, I cannot say. The woman is still dead. What did your green avatar do? And WHY did you get rid of it? Did the fashion thing wear off? Did you suddenly just not care, even though, well, the status quo is still the status quo?

Ask yourself those questions. And next time you feel like turning your Twitter avatar green, do me a favor: Don’t. Do something else instead. Volunteer one damn hour at the Salvation Army soup kitchen. Give one damn dollar to the United Way. Your green avatar is gone. But if you actually did something instead, congrats! You did something. You created. You had impact. In that one hour at the Salvation Army, a homeless man ate. That $1 helped some poor family put a tarp over their heads come next tornado. You changed the world. Again, perhaps in a small way, perhaps infinitesimally. But, I would wager, more than a green avatar ever did.

You are one person. You can make one small change. Will the world do it? I doubt it. Because fake care is so easy, cool, and replaces the real thing (with none of the benefit).

Next: I lighten the mood. Promise.
Posted by McLauchlin at 10:26 AM 3 comments: 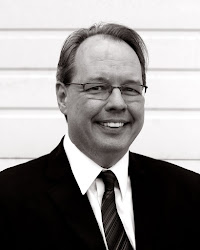